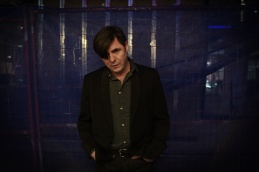 Thurs Oct 22 – join Spenst, DeCroo and Steudel for what promises to be an intriguing event:

Three poets digging into the outdoors, under the city and through tunnels into the past. Bring a shovel! Bring a flask! Bring your best friend and armwrestle to see who’ll pay for drinks afterwards.

Rodney DeCroo is a singer-songwriter, poet, playwright and actor. HIs debut collection of poems Allegheny, BC was published by Nightwood Edtions in 2012 which was the basis for his play Stupid Boy in an Ugly Town that has toured across Canada . His poems have appeared recently in Event Magazine, Geist. and BC Bookworld. He has released seven critically acclaimed albums through labels such Northern Electric Records, Barge Records and his current label Tonic Records. He was recently featured on the cover of the Georgia Straight for his newest cd Campfires on the Moon for which he recently finished a cross-Canada tour.

Jeff Steudel’s poetry has appeared in several publications including, prism international, CV2, The Fiddlehead, subTerrain, and Canadian Literature. He has received the Ralph Gustafson Poetry Prize, and his work was chosen as a finalist for the cbc Literary Awards. Foreign Park is his first book of poetry. He lives in Vancouver.

Kevin Spenst is the author of Jabbering with Bing Bong (Anvil Press) and ten chapbooks including Pray Goodbye (the Alfred Gustav Press), Retractable (the serif of nottingham), and Surrey Sonnets (JackPine Press). His work has won the Lush Triumphant Award for Poetry and has appeared in dozens of publications including Prairie Fire, BafterC, Lemon Hound, Poetry is Dead, and the anthology Best Canadian Poetry 2014. A second collection of poetry, Ignite, is forthcoming with Anvil Press in 2016.